The Bernese recently competed at the biggest Dog Show in the Southern Hemisphere: the Royal Melbourne Show.

The show started off well early in the week with Nikki Smith’s boy “Maverick” placing 2nd in Baby Puppy Sweepstakes – where babies compete against other baby breeds (3-6 months of age). 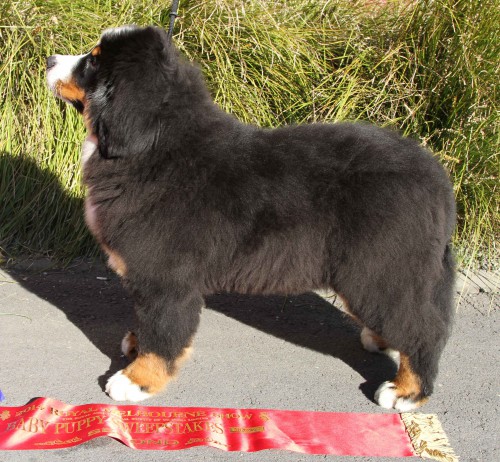 For the conformation side of the show we had a huge entry of 69 Bernese Mountain Dogs! The Best Dog was Emma Sankey’s “Emir” and Reserve Dog was (also Emma’s) “Fil”. Best Bitch went to Michael Eslick’s “Indiana” and Reserve Bitch to Felicity Broome and Kylie O’Brien’s “Ruby”. Emir and Indiana then went on to compete for Best of Breed, with the top prize of Best of Breed ultimately going to Indiana, and Runner-up Best of Breed to Emir. 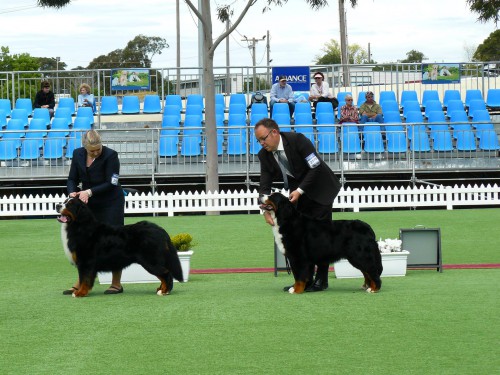 Emir and Indiana battling it out for Best of Breed 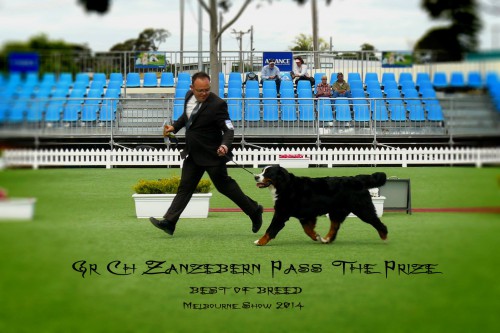 Thanks to Sue Murray for the gorgeous photo!

The Best Puppy of Breed was Lyn Brand and Kym Oakley’s “Hunter”. 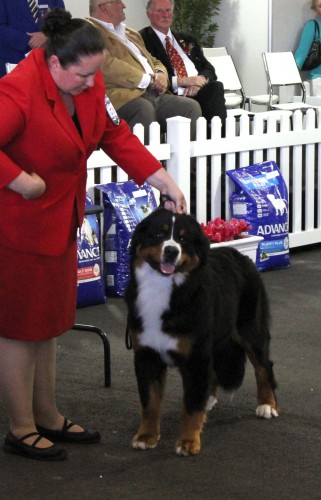 Kym Oakley and Hunter competing for Best Puppy in Show

Best Baby of Breed was Felicity Broome’s “Lexi”. Lexi later went on to compete against all other Best Babies of Breed that competed that day and won “Best Baby of the Day”! 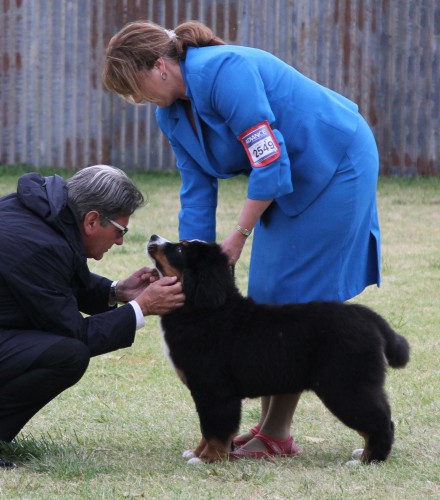 It was a busy day for everyone. After competing all the Bernese went back to their benches to be greeted by the general public. Lots of pats and cuddles were involved!

The general public were also able to visit our Breed Stand that we had in the Dog Pavilion. This was expertly manned by Claudia and Tracey and their dogs Kassie and Zuri. Merchandise was available for purchase and everyone could come get a photo with one of the Berners.

At the end of the week was the Dancing with Dogs competition. Our favourite famous dancing couple Sue and Kai were competing. They performed a “groovy” number and finished up in First Place!! 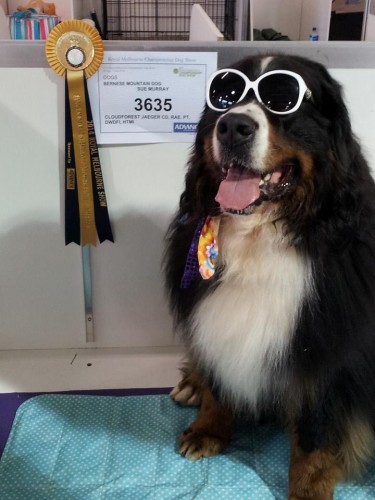 Full results for all competing Bernese Mountain Dogs can be found here.

Congratulations to all our winners and competitors!